The recent innovations on technology have allowed us to improve the way we communicate and document information. One such innovation is speech recognition, which is also known as speech-to-text , voice recognition, or voice-to-text technology.

Speech-to-text technology has been used to facilitate education among children with physical or learning disabilities and assist individuals with visual or hearing impairment. It also helps lessen strain and record important information or conversations more accurately.

Moreover, the technology can be used hands-free and while you’re moving around, so it offers more convenience and allows for improved speed and productivity.

Speech-to-text technology is far from perfect. While it may provide you with a faster way to take notes, translation might not be 100 percent accurate. It’s not yet at that level where it can process the complexities of everyday language, which can often include jargon or phrases that are unique to a certain industry. It may also have difficulty working with certain speakers, such as those who talk fast or those who have accents.

Despite the challenges, this technology undeniably makes life easier. Dictation software is a time-saving solution that can help you become more productive. It helps you streamline your tasks and shorten document turnaround times. It lessens the effort involved in accomplishing menial tasks like note-taking.

Use the best note-taking apps to get the job done quicker. The use of dictation software also helps make creative projects more manageable. For example, creatives can use the best screenwriting software to make fairly accurate records of their script.

What Makes a Great Dictation Software?

In evaluating dictation software, you need to consider factors, such as accuracy and how easy it is to use. You’d also want to take other features into account, such as the number of languages and voice profiles it can support, compatibility with other programs and devices, and capacity to accommodate custom commands.

With Dragon Anywhere, you can record and translate speech to text anytime, anywhere. It redefines mobile dictation and makes it easier for you to create and edit documents of any length. With it, you can also format and share your document using your mobile device.

It has a 99 percent accuracy rate and is adaptable. You can use the Train Words feature to “teach” the program to become familiar with your speech. This dictation program is available for Android and iOS devices.

For Apple users, there are two ways to use Apple Dictation on your devices. You can use keyboard dictation or Voice Control. Note that you won’t be able to use the former when the Voice Control feature is on.

Aside from relaying voice commands to your device, Voice Control also lets you dictate your text, making texting and e-mailing a breeze. One unique aspect of Voice Control is it has the capacity to understand contextual cues, so you can transition between your text dictation and voice commands.

If you have MS Word, then you might want to give its Speech-to-Text function a try. It’s a free dictation software that has a competitive accuracy rate and is fairly easy to use. To begin, you need to make sure that your microphone is on. If your device’s mic isn’t working, you can plug in a separate mic.

To access this feature, you need to open MS Word and switch to the Home tab. Find the button for Dictate and click it. You’d know that the recording has started when you hear a beep and see the icon change into a microphone with a red recording light.

That’s pretty much all there is to it. You just need to make sure that you speak loudly and clearly throughout the recording. When you’re done, click the Dictate button again.

Google Docs is already a versatile web-based application, but did you know that it also has a dictation feature? It’s an exclusive Chrome feature that lets you type and edit in both Google Docs and Google Slides speaker notes.

Similar to the MS Word dictation feature, you need to make sure that your microphone is turned on and is functional. From there, you can either choose “voice typing” for documents or  “Voice type speaker notes” for your slide speaker notes.

Aside from English, the program supports a number of languages and accents, including Afrikaans, Galician, Georgian, Polish, Swedish, Turkish, and Zulu, to name a few.

Otter is an AI-powered dictation software that lets you generate notes for important voice conversations. It’s multifunctional and has recording, live transcribing, and sharing capabilities. Best of all, you can integrate it with Zoom.

It’s powered by Ambient Voice Intelligence and gives you a smarter way to work. It has the ability to learn constantly, so you can train it to recognize voices and learn jargon or special terms.

It currently has three pricing plans: Basic (Free), Pro ($8.33 per month, billed annually), and Business ($20 a month per user, billed annually). With the Pro plan, you can have access to basic and pro features, such as advanced search, bulk import and export, and custom vocabulary. Meanwhile, the Business plan enables small-and-medium businesses to enjoy additional features, such as time codes, user management, team vocabulary, and Otter Live Notes for Zoom.

Otter supports US and UK English, plus a variety of regional accents, including Chinese, Russian, and Scottish

Note-taking can be tedious and energy-consuming. Install a dictation software and see how it can help aid your productivity and work efficiency. 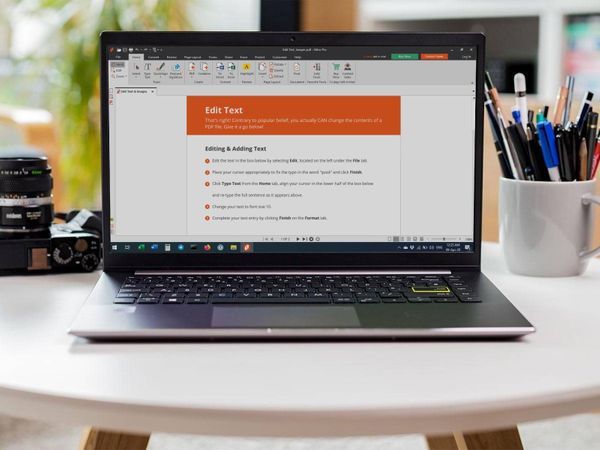 Check our top picks for the best PDF reader—both free and paid and learn more about the features you need to look out for when choosing one. 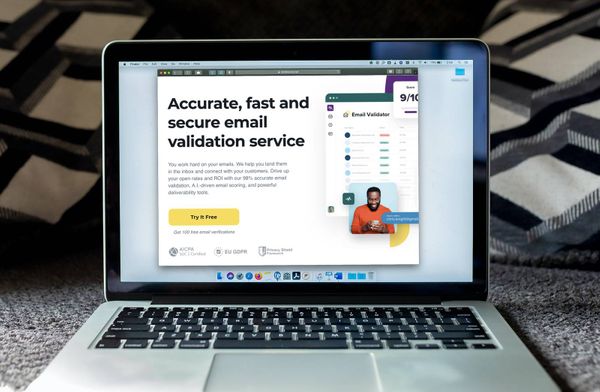 Choose the best email verification service in 2021 that will fit your needs and requirements.