What is Disney Plus?

Disney Plus is a streaming channel that you can subscribe to for a monthly fee of $6.99 that gives you content from Disney, Marvel, Pixar, Star Wars, and National Geographic channels. The streaming service has hundreds of movies and thousands of hours of TV programming to choose from.

With so many Disney classics along with new movies, the large amount of content might seem a bit overwhelming. This exclusive library of choices even goes deep back into the vault and includes some Disney favorites from the 60s, 70s, and 80s. If you grew up watching Disney movies on Sunday night, this will bring you back.

Disney Plus works on most devices, and you can download an app on your phone or tablet to watch on the go. The service also allows you to watch together in "groups" with 6 friends.

You can even download shows and movies to watch them later on your device, for when you don't have internet. Disney also offers a bundle where you can get Disney Plus along with Hulu and ESPN for $12.99/month. That is a great deal when you add up how much it would cost to purchase all three separately.

Pixar's animated film Soul is sure to delight both children and adults. Not only is it great entertainment, but it will also have you pondering about the existential questions of life.

The movie is about a middle school music teacher who dreams of being a professional jazz pianist. On the verge of achieving his lifelong dream, an accident separates his body from his soul. His soul's journey through the "Great Before" helps him to understand the greater purpose of life and his position in it.

The film stars Jamie Fox, Tina Fey, Phylicia Rashad, and Angela Basset. IMDB gives it 8.1 out of 10 stars. Soul won 45 awards and was nominated for 29 others. In our opinion, Soul is one of the best family movies to watch on Disney Plus.

Hamilton is another choice in our lineup of the best movies on Disney Plus right now. The film never went to theaters; instead, it went straight to Disney Plus and features the Broadway musical Hamilton that showcases the life of one of our most famous forefathers Alexander Hamilton.

The movie begins with Hamilton arriving in New York City in 1776, pinpoints the American Revolution, and continues up until his death. Disney took a chance with this one hoping that the essence of Broadway would translate to the big screen, and it paid off.

The film is beautifully done, well-acted, and a joy to watch. It stars Lin-Manuel Miranda, Daveed Diggs, and Renée Elise Goldsberry. The film earns 8.6 out of 10 stars on IMDB. Hamilton won 2 awards and was nominated for 5 others.

Beyoncé stars in Black is King, a colorful marriage between her recent album and the new Lion King movie (The Lion King: The Gift). Beyoncé also directed the movie and is features beautiful cinematography and a musical score full of African music.

Critics call it visually stunning, and you won't want to miss a second, so don't close your eyes. The combination of stirring imagery with cultural music feels more like a dream than a story unfolding, and it may not be for everyone. It's basically a visual album of her new music.

The celebration of black culture and Africa is a crowning achievement. If you are a fan of Beyoncé, then it will be right up your alley. The costumes are fantastic, and the scenery divine. Fans on IMDB give it 5.5 out of 10 stars.

The 2020 movie Mulan is a real-life version of the animated movie. It features Yifei Liu as a young Chinese woman who disguises herself as a male warrior to enter the military and save her ailing father.

The fantastic cast also features Jet Li and Donnie Yen. Mulan is colorful and full of adventure, mystery, and traditional cultural themes. It is enjoyable to watch and beautifully acted. If you liked the animated version, this new real-life version will become your new favorite.

The movie is artfully choreographed with death-defying aerial work, martial arts, and even horse stunts. IMDB gives Mulan 5.6 out of 10 stars.

The Mandalorian is the first-ever TV series based on Star Wars, and Disney Plus has it exclusively. It features Pedro Pascal and Gina Carano along with Giancarlo Esposito from Breaking Bad.

The story follows a lone bounty hunter through the far reaches of the galaxy beyond the New Republic. Fans of Star Wars will enjoy the familiar storylines and themes.

Watchers love the fact that the original Star Wars feel remains intact with this new series. Chiming in at 8.8 out of 10 stars on IMDB, The Mandalorian is sure to become your next favorite action/adventure/sci-fi binge.

The marriage between Disney and National Geographic yields us this fantastic documentary about the Apollo moon landing mission.

It features never-seen-before footage along with a deep dive into the people behind the mission, their personal lives, and families. Directed and written by Tom Jennings, Apollo: Missions to the Moon illustrates how the mission to the moon began many years before we ever got off the ground.

One of the absolute best movies to watch on Disney Plus is Hidden Figures. This is a feel-good biopic about three black female mathematicians who helped NASA during the space race in the early 1960s.

It is based on real life figures Katherine Johnson, Dorothy Vaughan, and Mary Jackson. These three heroes are expertly portrayed by Taraji P. Henson, Octavia Spencer, and Janelle Monáe as they break down racial and social barriers and earn the respect they deserve, ultimately saving the lives of astronauts due to their brilliance.

The movie is a drama highlighting these amazing women’s achievements and the difference they made during John Glenn's mission into space. Rotten Tomatoes gives this one a 93% score matching the audience's love of this flick. IMDB gives this one 7.8 stars, but in our book, it's a spot on 10.

Fantastic Mr. Fox is a treat! Although it's an animated film, it oozes something fresh and reminds us of Chicken Run. The facial expressions on the animals appear very human. Fantastic Mr. Fox is headed up by George Clooney and Meryl Streep and features Bill Murray.

It's witty, interesting and funny. The story centers around a fox who has decided to go back to thievery but then battles the farmers he has robbed. This all-star cast shines a new light on an old medium, and the result is something unique and entertaining.

Reviewers call it "groundbreaking" and say it's "like nothing you've seen before." They are not wrong. Fantastic Mr. Fox earns a solid 7.9 out of 10 stars from IMDB and is well worth the watch. The movie was nominated for 2 Oscars, won 32 other awards, and was nominated 61 times for additional accolades.

The 2018 movie Black Panther is about a man T'Challa who returns home to the African nation of Wakanda after the death of his father. He is to replace him as king. The young king is forced to face a formidable enemy, which helps him unleash his superpower called the Black Panther.

The film is a real-life version of a superhero movie with heart and soul at its core. The movie stars Chadwick Boseman, Michael B. Jordan, Lupita Nyong'o, and Martin Freeman. It's a Walt Disney picture hailed as an action/adventure/sci-fi film rated PG-13.

The picture won another 110 awards and was nominated for 269 more. That's a whole lot of accolades. IMDB gives Black Panther a score of 7.3 out of 10 stars.

Another fun superhero movie to watch on Disney Plus is Avengers: Endgame. All your favorite superheroes reconnect to save the universe and reverse the effects of what happened in the last film (Avengers: Infinity War).

The story picks up where the previous movie left off. Favorites like The Hulk, Iron Man, Captain America, Thor, Black Widow, Hawkeye, War Machine, Ant-Man, Doctor Strange, Black Panther, Captain Marvel, Spider-Man, and more join forces once again to save the fate of the world in this epic adventure.

The film features a who's-who of famous actors like Robert Downey Jr., Chris Evans, Mark Ruffalo, Chris Hemsworth, Scarlett Johansson, Don Cheadle, and Paul Rudd, among others. The story is complex, with many subplots to keep you guessing.

Although an oldie, Holes is still a goodie. It features a very young Shai LeBeouf who deftly displays his talent even at a young age. Stanley Yelnat (LeBeouf) is sent to a juvenile detention camp after being wrongfully accused of stealing a pair of sneakers.

During his time there, he and the other inmates are forced to dig hundreds of holes out in the desert. Although they assume this is just punishment, there's actually a lot more to the story.

Holes is an unusual story that surprises you and stars big names like Sigourney Weaver, Jon Voight, and Patricia Arquette. It's well worth the watch. It earned a solid 7 out of 10 stars from IMDB, won 3 awards, and was nominated for 9 more.

Regardless of which movies or TV shows you choose to watch; Disney Plus is a great platform to view them on. It is jam-packed full of classics, new movies, and special events. Many of these heartwarming classics will bring you back and fill you with happy memories. 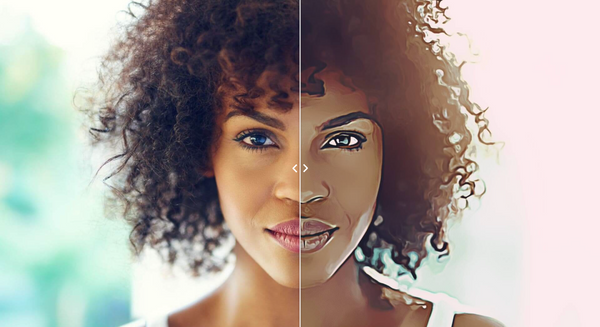 Create digital masterpieces and quickly turn your photo into a cartoon with Colorcinch.

Follow our ultimate guide on how to set up a VPN on your router to get the security and anonymity that a virtual private network (VPN) provides.